Curated by Hui-chu Ying, Professor of Art at the Meyers School or Art, University of Akron, this exhibition featured 123 artists from all over the world, who created an edition of six books with the theme of the Monumental Idea in the Miniature Book. The only requirements were that each book fold down to a maximum size of 6" x 5" x 1". Below is a list of some of the venues that featured the exhibition. Exhibition Images 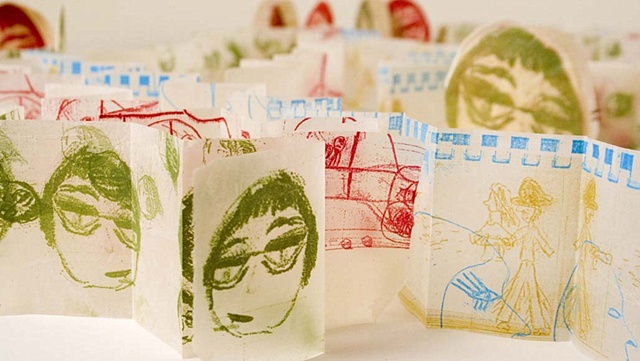